Shishpal became chair of Accellera in June, 2010. As chair of Accellera, he oversaw the consolidation of standards bodies, namely the merger with OSCI, as well as the acquisition of the OCP standard. He also helped to extend the relationship with the IEEE Standards Association’s IEEE Get Program for an additional 10 years, ensuring continued public access to view and download current EDA standards at no charge, courtesy of Accellera. He managed the relicensing of SystemC contributions to Apache 2.0 and oversaw the move toward standardization of the Universal Verification Methodology (UVM) standard to IEEE 1800.2. The Verilog AMS standard also moved under the SystemVerilog AMS standard. The deployment of Accellera standards via the DVCon brand of conferences expanded to Europe and India, and the planning and development for DVCon China was initiated during his term of leadership. Most recently, the emerging Portable Stimulus standard made significant strides since work began in 2015 while Shishpal was chair of Accellera.

The award was presented at the 2017 Design Automation Conference (DAC) during the Accellera breakfast and town hall meeting.

"Shishpal has had a profound impact on the advancement of Accellera’s mission and its growth worldwide. We are grateful for his years of leadership and dedication. He is very deserving of this award, and I am proud to honor him among his colleagues at DAC.”
-- Lu Dai, Accellera Systems Initiative Chair 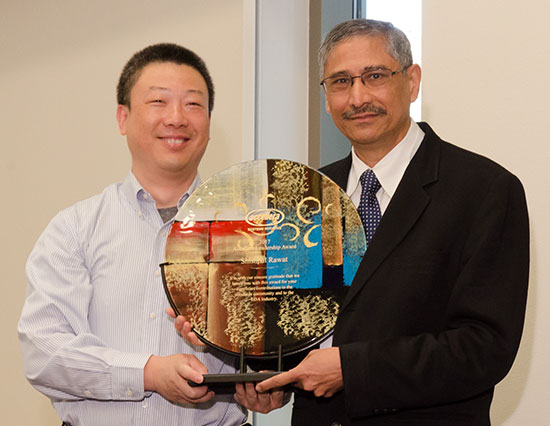