Yatin Trivedi will receive the 2014 Accellera Leadership Award in recognition of his leadership, organizational and financial vision, and service to the standards industry.

Mr. Trivedi has been in engineering, marketing and management roles in the semiconductor industry for 30 years. As the Treasurer since 2008, Yatin has grown Accellera into a financially strong organization with 35 members and over 20 standards. His financial acumen paved the way for strategic relationships with The SPIRIT Consortium and the Open SystemC Initiative (OSCI), which resulted in the formation of Accellera Systems Initiative in 2010. Most recently Yatin helped bring the assets of the Open Core Protocol International Partnership (OCP-IP)under the organization’s umbrella.

Currently, Yatin serves as the treasurer and a board member of Accellera. He represents Synopsys on several technical standards committees, manages interoperability initiatives under the corporate strategic marketing group, and works closely with the Synopsys University program. Yatin received his B.E. (Hons) EEE from BITS, Pilani and M.S. Computer Engineering from Case Western Reserve University.

Yatin is also the Accellera liaison to IEEE for the IEEE Get program, which provides standards at no cost to users. Under his tenure, four IEEE standards have been made available to the worldwide design community.

He is also a key contributor to the Design and Verification Conference and Exhibition (DVCon), leading expansion to Europe, India and other international locations. He has served on the DVCon steering committee for four years, and has been named chair of DVCon US for 2015 and 2016. 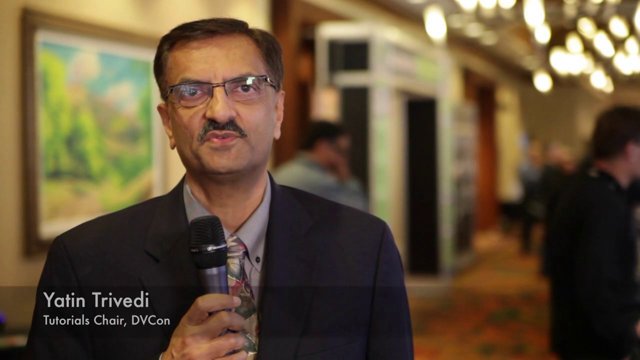 With his long term and significant contributions to the industry, it is with great pleasure that Accellera Systems Initiative names Yatin Trivedi as recipient of the 2014 Accellera Leadership Award.